Get fresh music recommendations delivered to your inbox every Friday.
We've updated our Terms of Use. You can review the changes here.

It's Too Late To Stop Now

by The Dream Syndicate 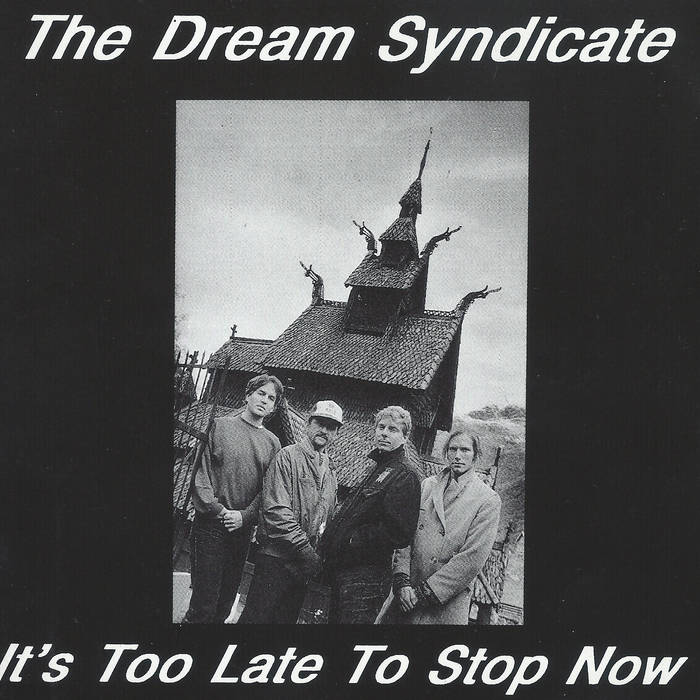 Joost Verweij Great compilation, I get older but this music doesn’t. Favorite track: If You Should Ever Need A Fool.

Blood In Your Ear

In 1988, I compiled a 14 song cassette of previously unreleased live and studio Dream Syndicate recordings. It was sold through the band’s fan club in LA. A year later (in the UK), it became an authorized 11 song bootleg LP, followed by a 15 song CD. The cassette vs. the LP/CD had different track listings. Long out of print, the CD version is now briefly available here as a download. As I said in my liner notes then, this collection is proof that it’s NOT just the original line-up that made dynamic visceral music. There’s “Witness”– the only Wynn & Precoda co-write not available anywhere else. There’s Steve’s solo acoustic version of a Van Morrison classic. Enjoy these rarities while you can, they’re just a tear in a baby’s eye. I’m proud to have assembled it. – Pat Thomas.

Bandcamp Daily  your guide to the world of Bandcamp